Introduction to the Anthem - April 2021

Last April I received the following email and an accompanying video from British Columbia member Rick Galbraith. I thought it was great and asked if I could post it to our website, to which he agreed. I could imagine the accompaniment of pipes, drums, and/or fiddle in the background - a vision Rick also shared. I didn't post it at the time because it had also been forwarded to John Galbraith, who produced our Calling of the Clans video segment for the 2000 Grandfather Mountain Highland Games and he was going to use it in the "How do you say our name?" video for the 2021 Grandfather Mountain Highland Games roll call. Rick wrote: 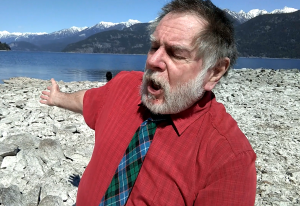 "Hello, Len. You may recall me saying I felt inspired after watching John Galbraith's display of bravado and stirring words in your banner video. I can't remember whether I also told you I had been thinking that the Clan deserved its own song - a chant - no... an anthem! I started thinking about that back in 2016 when the gathering was in Vancouver and I was hosting a karaoke night. The joyful singing by everyone then was what instilled in me an itch to do something. I forgot to scratch it when life brought dozens of interruptions and tasks. And then John's video sparked my enthusiasm once again and I've finally finished one verse of our story, covering what John said, plus a little more. President Paul says he loves it. I wanted to share it with you just to show you I finally took the inspiration we talked about and did something with it! Mind you, I'm not proud of my performance in the video, but the melody and lyrics of the anthem are there. Perhaps it will be made into a music score, with more verses, some day. But not today. I couldn't find an e-mail for John. Would you kindly pass along my praise and thanks?


That's pretty good Rick! Maybe we have other musically-inclined Clan members? Rick chimed in with:


... And your thinking is dead on with mine - maybe it will continue inspiration. I'd love it if members embraced the idea and added a verse or two. Or sang it. Or learned from it. As a side note, though, I did offer to Paul that I would arrange musical accompaniment and add some verses if he could pay a hundred bucks (which I'd give to my two musician friends as a token thank you to them). I don't want anything for it and, if I were any kind of a musician, I'd have already done that myself. With that one caveat in mind, the as is version is free for CGS members to use personally and/or enhance among themselves, so publish away and may the pride continue to flow!

Well, a few months have passed. John's video is out there (see the home page) and I've just received this from Rick:


I just read Angus Galbraith's poem of the 1977 gathering [see the August 2021 Red Tower]. He summarizes so well some of our history but, better, he wrote the ending I failed to come up with for the Clan Galbraith Anthem. I racked my brain for a couple of weeks before giving up; he, though, succinctly describes the Galbraith spirit of today (and tomorrow, and 1977). He offers a genuine and timeless characteristic I've found in pretty much every Galbraith I've met.

With the blessing of any one of you, along with an assurance that it would be okay to copy and massage it oh so slightly, I will use his last verse as the last verse of the anthem. One thing - I'd like feedback on whether to make more neutral the line implying our Christian beliefs. I personally don't think it's necessary to omit it but, well, you know.

So, if it's a go, I'll do that, then we would just need a little more input from members (including more of what Angus said) to complete our general history (without making an anthem that is 30 minutes long), and I would work on having a drafted version for us to sing next May.


So, what do you say guys? Are there any members out there who have a flair for the verse or are musically adept and want to contribute to this wonderful endeavor? I can put you in contact with Rick to collaborate. Email me at webmaster@clangalbraith.org.
-Len Galbraith Everson 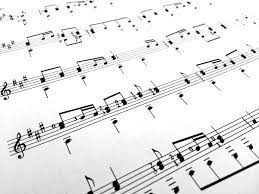 Please give me feedback on this draft of the last verse. I'll sing it a few times to see if it flows right - I think it does but it feels like it needs some fine tuning of the lyrics, the same way I felt doing the first verse. It may feel like it's projecting a little too much purity, but we sing it just to ourselves, normally, so I don't see that as pretentious. And if we fill the in-between verses with the truth, we just might need to end it with a little self-respecting lustre!

Let me know in time to send Joan a final version for publishing in the November Red Tower. I'll also sing the two verses into a video for the web site, although there's likely to be a fair bit of snow on that peak I pretended was Ben Lomond.

Now our doors are always open
To the strangers we once were.
Our new quest: we're always hopin'
To find our chief, we need be sure.
So, as we go into the future
Known just to God who reigns above
Let's show the world how you and I were
Then stay our course of truth and love.


You can give me feedback on this as well, if you like.

As a clan, we grew much bigger
Wandered where we weren't wished to
Banned we were, so off to Gigha
Where the women gave no issue.

Rick has been collaborating with a few musically inclined members and other musicians and has issued a final music sheet and sample music. Good job Rick! We'll definitely have to do a group sing at our next gathering!

Hello Paul. I hope this finds you well.

With the provocative feedback and able assistance of Bruce Galbraith and John Galbraith, members and contributors extraordinaire, and the joyous cheering and encouragement from Len Everson (see https://www.clangalbraith.org/ClanAnthem/clananthem.htm), Joan Willson (Red Tower Editor) and our illustrious president (that would be yourself), our executive artists supreme and, finally, far more than least, the immeasurable assistance of my local musicians and friends Terry Marshall and David Cheatley, my authoring of the Clan Galbraith Anthem is finished. It is attached as a pdf showing the complete score with lyrics. Any previous versions should be deleted. Also attached is a MIDI mp3 which crudely samples the melody for the curious listener.

I'd be honoured if the executive were to circulate it to membership, delighted if Len and Joan were to publish it in their respective media, and over the top thrilled if the general membership were to adopt it, to any degree, individually or wholly. It is copyrighted, but Clan Galbraith Society may use it freely in any Galbraith Clan related manner, including personal use by its members and families worldwide (especially that). Any commercial use or use by a non member requires special licensing from me.

I would be delighted to sing it with any individual or group of members, any time.

Sincere best wishes to all for this new year and, to all and above all, stay safe,