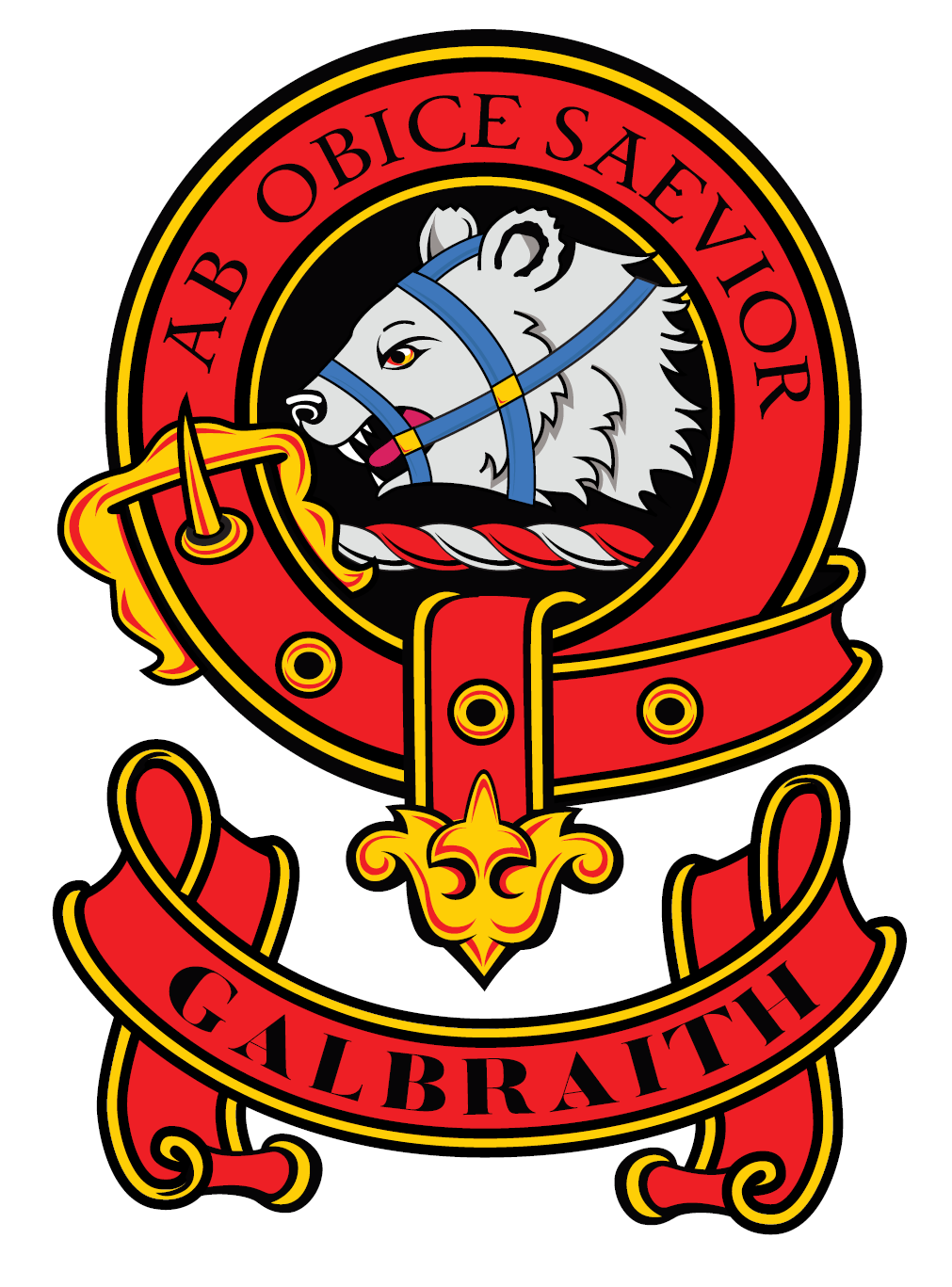 The colours in the Clan Crest are based on the most commonly used colours in Galbraith coats of arms, which are the heraldic colours of Gules (red) in the shield, Argent (silver) in the bears head, and Azure (blue) in the muzzle. Some Clan crests used in the past had incorrect colours, mainly those that were depicted with a red muzzle which is how the Forbes Clan bear is described. Hence the use of the red muzzle in Galbraith Clan crests is inappropriate.

The torse or collar under the bear's head is in heraldry supposed to be the two principal colours used in a coat of arms, in the Galbraith's case being the shield colour (red) and a heraldic metallic colour (silver), hence the torse should be 6 twists alternating in the principal colours of the arms which are red and silver. Hence using any other colours in the torse is again an inappropriate application of the heraldic rules.

Anyone reproducing the Clan Galbraith Crest should use these colours.