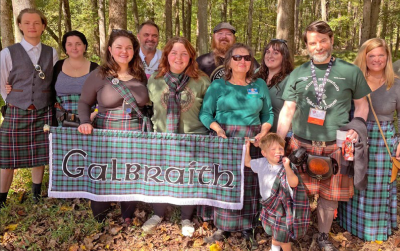 The board of directors met Sunday afternoon (9/19/21) to discuss the current issues around the covid restrictions. The restrictions the United States Government, the Scottish Government, and the airlines are placing on people who want to travel to and from Scotland makes it very difficult to plan for any big event. Some of the details of the restrictions are as follows:
I do not know the specific rules for Canada or Australia, but I have been told by a member in Australia he had to cancel because he might not be able to get himself or his family back in the country.

Due to the ongoing evolution of this pandemic and the resulting restrictions governments are having to impose to keep people safe, the board of directors has decided to postpone the Scotland Gathering until 2024. Further information will be coming out in future e-mails and The Red Tower regarding the 2022 gathering and election of officers.